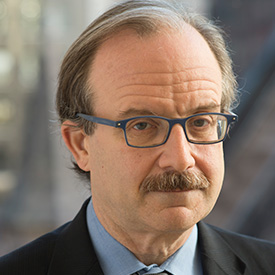 SHERMAN W. KAHN has more than twenty years of experience with litigation and counseling in matters raising complex technological issues. He has litigated dozens of patent cases as well as handling other litigation involving technological issues such as computer copyright, trade secret and IT outsourcing disputes. He also has experience litigating “soft-IP” issues such as trademark and copyright.

Sherman’s practice is international. He practiced in Tokyo for five years. During that time he was licensed as a gaikokuho jimu bengoshi and a member of the Dai-Ni Tokyo Bar Association.

Sherman advises clients regarding information security and privacy issues for compliance and in privacy-related regulatory proceedings and litigation. He has represented clients in numerous FTC and state attorney general investigations of privacy and information security practices.

Sherman acts as an arbitrator and represents clients in international arbitration proceedings presenting complex technical and commercial issues and has arbitrated under the AAA, JCAA, ICC, and other arbitration and dispute resolution rules. The subject matter of these arbitrations has ranged from patent and trademark issues to IT outsourcing, construction, mining and commercial issues. He provides advice regarding clause drafting and pre-dispute issues in connection with major construction and infrastructure projects. He also provides advice to clients regarding structure of investments with respect to arbitration pursuant to bilateral investment treaties.

Sherman also acts as a mediator and assists counsel and parties with resolving complex technology disputes and other commercial issues.

Some of Sherman’s representative matters include: