“[I]t is entirely irrelevant to [the fair use] analysis that each Prince Series work is immediately recognizable as a ‘Warhol.’ Entertaining that logic would inevitably create a celebrity-plagiarist privilege.” Andy Warhol Found. for the Visual Arts, Inc. v. Goldsmith, No. 19-2420-CV, 2021 WL 1148826 at *9 (2d Cir. Mar. 26, 2021) (internal citations and quotations mostly omitted).

This is the best line from the Second Circuit’s recent fair use decision in The Andy Warhol Foundation for the Visual Arts v. Goldsmith. Not only is the decision a welcome counterpoint to the court’s celebrity-artist apotheosis in Cariou v. Prince, 714 F.3d 694, 706 (2d Cir. 2013) (finding fair as a matter of law 25 of artist Richard Prince’s 30 works based on photographer Patrick Cariou’s photos), it is undoubtedly sound in the context of the case, which involved an original photograph that was mechanically-reproduced (in part; by photo-silkscreen) and then printed on the cover of a mass-produced Condé Nast magazine capitalizing on the death of composer and recording artist Prince Rogers Nelson (“Prince”).

Nevertheless, by holding against fair use in Goldsmith, the Second Circuit has set up a circuit court split that may prompt the Supreme Court to revisit its fair use jurisprudence, assuming the Foundation appeals. Despite the court’s protestations to the contrary, the Second Circuit’s decision is in direct conflict with the Seventh Circuit’s decision in Kienitz v. Sconnie Nation LLC, 766 F.3d 756 (7th Cir. 2014).

Fair use is a defense to copyright infringement—a limitation on the copyright owner’s monopoly to exploit a creative work. With foundations in the First Amendment, it allows others to report, criticize, comment on, or otherwise engage with a creative work as long as that engagement doesn’t usurp the work’s economic value. The defense involves a complex, case-by-case analysis, including a consideration of four statutory factors laid out in the Copyright Act, namely: (1) the purpose and character of the secondary use (commercial v. non-profit: think T-shirts v. scholarly journals); (2) the nature of the copyrighted work (creative v. factual: think Harry Potter novel v. Financial Times article); (3) the amount of the copyrighted work used; and (4) the effect on the copyrighted work’s market. See 17 U.S.C. §107

The relevant facts are undisputed: In the ‘80s, Vanity Fair licensed a photograph of Prince from photographer Goldsmith, the declaratory judgment defendant in this case.  The Vanity Fair license allowed an artist to create a work to illustrate the magazine. Unbeknownst to Goldsmith, the artist was Andy Warhol, who created sixteen works based on Goldsmith’s photo. Fast forward to 2016, when Condé Nast licensed one of these Prince works from the Andy Warhol Foundation for the cover of a magazine about Prince. 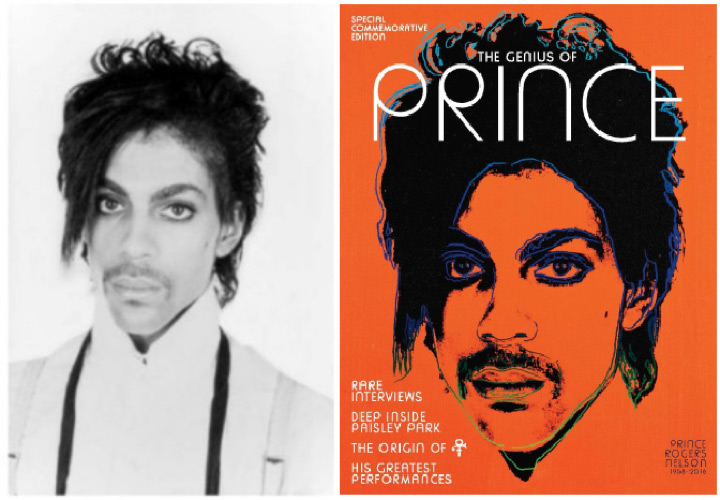 We’ve reproduced the works from Kienitz so the reader can draw their own conclusions, though in light of the Second Circuit’s protestations, the comparison between the use of the copyrighted work in the secondary works in the two cases is stark—right down to the ‘80s cheese factor: 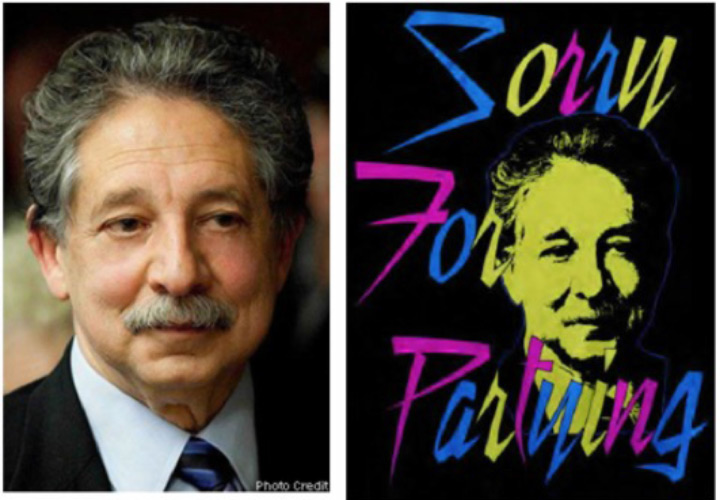 The Second and Seventh Circuits were able to reach these disparate conclusions on nearly indistinguishable facts by applying the “transformative test,” which the Supreme Court borrowed from Judge Pierre Leval and first applied in Campbell v. Acuff-Rose Music, Inc., 510 U.S. 569 (1994). As the author has argued before, the test is at best a poor choice of words and at worst contradicts the plain language of the Copyright Act: Copyright owners have the exclusive right to prepare derivative works, and derivative works include “transformed” works. 17 U.S.C. §§101 and 106. So why “transformativeness” has become the result-determinative factor in fair use decisions is the biggest elephant in the copyright room. Despite this analytical problem, the “transformative use” test remains the test all courts use in the wake of Campbell, with predictably unpredictable results.

Thankfully, in his concurrence, Judge Sullivan criticizes the court’s “overreliance on ‘transformative use’” and points to a “renewed focus on the fourth fair use factor, the effect of the use upon the potential market for or value of the copyrighted work.” In other words: Did Goldsmith lose a licensing opportunity when Condé Nast used a work from Warhol’s Prince Series work for its tribute magazine cover? Absolutely. Condé Nast could’ve just as easily used Goldsmith’s photo instead of Warhol’s work. Do the other three fair use factors justify this direct market substitution (e.g., on grounds of parody)? No. Thus: clear harm to a well-established secondary market for photographs with no countervailing factors; no fair use; QED.

Another concurrence from Judge Jacobs is even more significant because it makes the fundamental distinction between original works of art (in his words, works “marked by the hand or signature of the artist”*) and mass-produced objects (“magazine covers, posters, coffee mugs, and other media”) for fair use purposes—a distinction few courts seem to weigh appropriately. Jacobs states that “the holding does not consider, let alone decide, whether the infringement encumbers the original Prince Series works,” noting, in an echo of Judge Sullivan’s concurrence, that that “original works and Goldsmith’s photograph are not ‘substitutes.’” In other words, there may be substitution here in the market for magazine covers, but not necessarily in the market for original works of art.

* For fair use purposes, the author contends that the unique object/small edition definition of “original works of art” is preferable to Jacob’s somewhat antiquated** “hand of … the artist” definition, but you get the idea.

Other Things Worth Noting

In its analysis of the first fair use factor (the purpose and character of the secondary work’s use), the court observes that works drawing from numerous sources are more likely to be fair use. (Goldsmith, 2021 WL 1148826 at *7.) This is helpful for artists like Richard Prince (i.e., the defendant in Cariou), who often combine many pre-existing work into their works.

The court also finds that the purposes of Goldsmith’s photo and Warhol’s works are identical (i.e., works of visual art, portraits of the same person), making it difficult indeed for a secondary user to prevail on the first factor where the primary work is a photograph. (Id. at *8.) The court goes even further to say that “the Goldsmith Photograph remains the recognizable foundation upon which the Prince Series is built,” suggesting a new test (“recognizability”) for cases like this one. (Id. at *9.) See more on this in the third fair use factor below.

In its analysis of whether the use of the Warhol works are commercial, the court misses an opportunity to distinguish between the context of the paintings themselves (where the public interest in fostering the creation of original works of art may outweigh the works’ secondary commercial aspect) and their reproduction on magazine covers (where the commercial aspect is far greater).

In assessing the second fair use factor (the nature of the copyrighted work), the court properly concludes that Goldsmith’s photo is creative, but like most other courts, goes no further in discussing where the work sits on the creative-to-factual spectrum. (Id. at *11.) Nobody questions whether the photo is creative—sure it is. But how creative? It depicts the photomechanically-reproduced fact of Prince’s straight-ahead face in the dead center of the composition looking out at the camera. With all due respect, if Goldsmith’s photo is more creative than factual, we would be interested to see a photo on the far factual edge of the spectrum (we offer a possibility at the end of this article).

The court also finds that the Goldsmith photo was unpublished, weighing against a finding of fair use. (Id.) This may be true in the technical sense, but Goldsmith did authorize the photo to be used to create an artwork (presumably, without restriction on the amount of alteration required) which was then published with her authorization—an artwork that the court here concludes is similar enough to infringe Goldsmith’s photo. (Id. at *16.) So reprinting another Warhol Prince Series work on Condé Nast’s new magazine cover does not change Goldsmith’s right to decide when her image gets published or otherwise affect her first publication rights.

On the third factor (amount and substantiality of the use), the court expressly states that it does “not hold that this factor will always favor the copyright holder where the work at issue is a photograph and the photograph remains identifiable in the secondary work.” (Id. at *12.) But this statement is a giveaway—in reaching its decision in favor of Goldsmith on this factor, the court notes that Warhol could have used any photo, but he (or more accurately Vanity Fair) chose this one. This suggests that Warhol would have been in the clear vis-à-vis Goldsmith’s photo only had he started with a different photo, but not much more.

Indeed, the court goes on to say that “the photograph’s specific depiction of its subject cannot be neatly reduced to discrete qualities such as contrast, shading, and depth of field that can be stripped away, taking the image’s entitlement to copyright protection along with it.” (Id. at *11.) But anyone even passingly familiar with portrait photography knows that the elements the court lists above are at the core of the enterprise. So, okay, in deference to the court, we will not call it a rule, but a best practice: If one can recognize a photo as the basis of a secondary work, this factor will favor the copyright holder, regardless of how much is stripped out of the original photograph.

In declining to apply the “more discerning observer” test in favor of the “lay observer” test, the court states that previous decisions applying that test “involved types of works with much ‘thinner’ copyright protection—i.e., works that are more likely to contain a larger share of non-copyrightable elements,” namely, architectural designs, Tibetan-style carpets and quilts. (Id. at *16.) “By contrast,” the court goes on, “photographs are generally viewed as creative aesthetic expressions of a scene or image and have long received thick copyright protection[,] . . . even though photographs capture images of reality.” Id.

Again, the court misses the point here. Yes, photographs are usually creative (but see https://alfiesteiner.medium.com/your-non-creative-photograph-b7a3bdfcf019), but to determine how much creativity goes into a particular photograph—and what is stripped away when it is modified—it might do well to consult an expert and apply the more discerning observer test. One might find that more creativity goes into a quilt than a photograph, to wit: 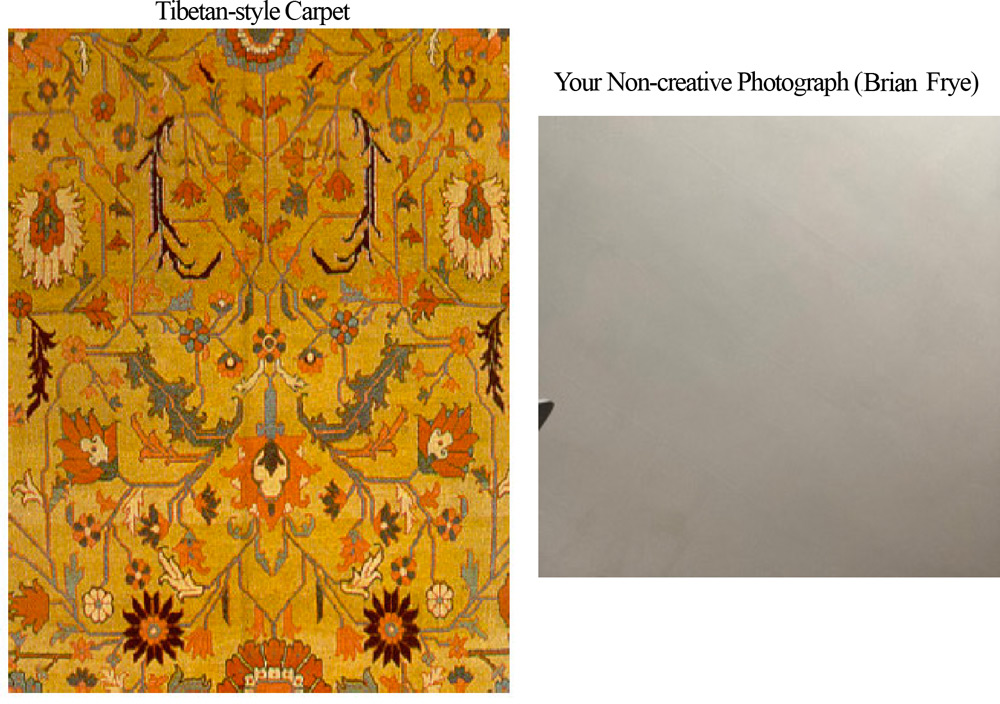